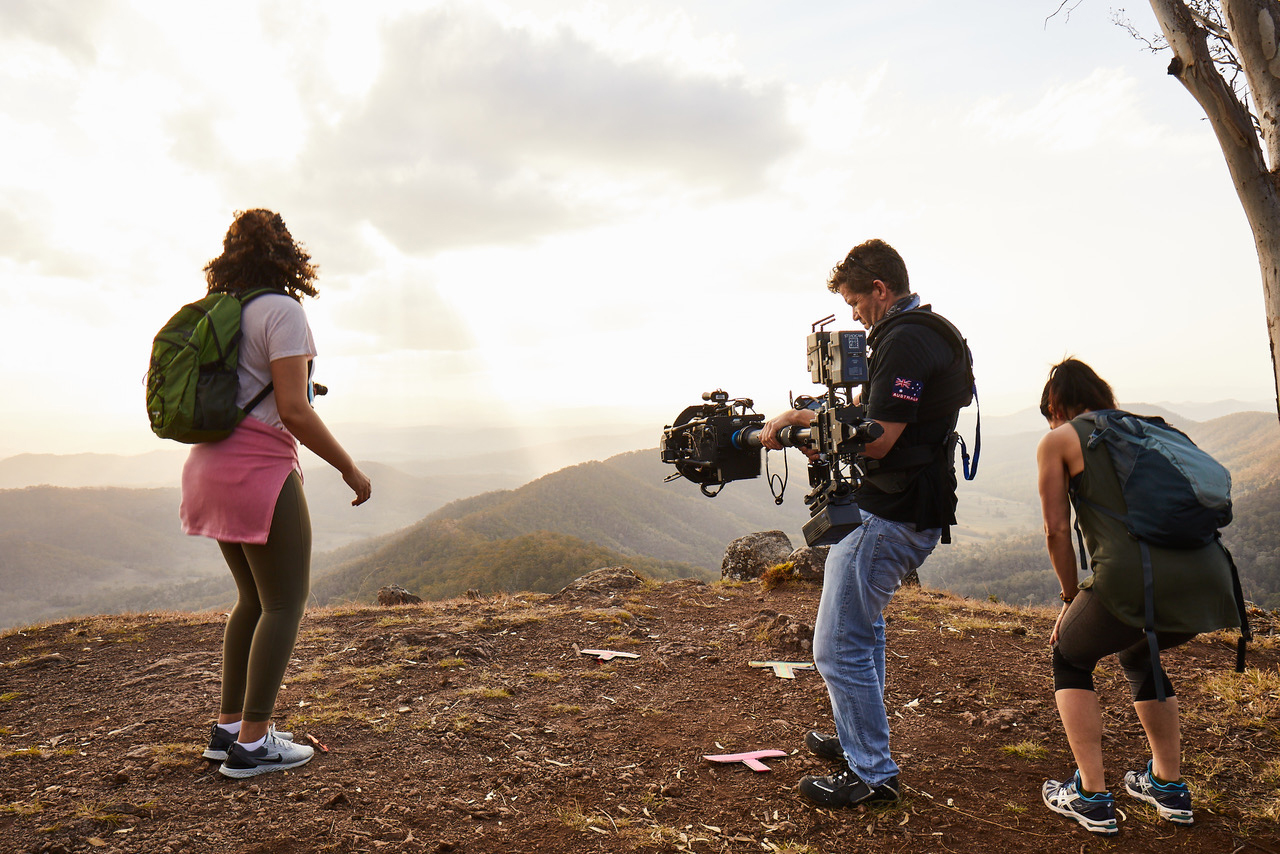 After working in the industry with Steadicam and other type of stabilisers, it was great to be able to work with this hybrid system.

After a month of testing I just finished my fourth tv commercial with the Trinity and thought it would be nice to share my experience. If you’re an operator, cinematographer,director or producer it might be nice to hear what it means on set. It doesn’t replace gimbals or regular mechanical stabilizers but it is an interesting combination and for me the first intuitive use of a brushless gimbal giving you the added feature of jib movements while on foot.

I look at the ARRI Trinity as 70% classic mechanical and 30% electronic brushless gimbal. However that 30% gives you a jib arm reach which changes the whole setup. It is a great way to place a remote controlled head into a set. The footprint of the camera is really small. There’s no crane behind the remote head, just a pole and because it is level you can use many diagonals and straight entry points to position yourself as an operator. This is now the closest the German’s ever came to inventing the Swiss army knife of camera moves. It is a remote head, (you can even detache it and use it straight on the arm or a stand or other vehicle, operate it with a joystick or wheels. It is a classical mechanical stabilizer and a jib arm but with the operator walking backwards/forwards it can even be seen as a mini telescoping crane.

You can configure it as a long post adding the jib range to 2.5 mtrs but apple boxes and megadecks also come in handy just to position the operator out of harms way.

Even though setup and balancing takes a bit longer as there’s more precision involved than the other devices, once up and running it is a remarkably fast tool on set due to it’s footprint and mix of stabilizing methods.

Creatively, I like my wide shots of a scene to be architecturally and compositionally clean and straight. For that, especially with large format you need to put the lens, with lensdistortion in mind, in the right spot at the right height and for close ups and faces you want to be at eye level the most of the time. These heights do not always coincide.

With the jib arm function I can now easily get the lens higher and lower to adjust for the ultimate wide end or start of that same move.

The good thing about that is that you can adjust the angle of the camera with the joystick and while moving, looking down for one part of the shot and looking perfectly straight or up for the next part of the shot. I can hide this move within any of my other movement as it is all operated from one brain with most of it in muscle memory. When the joystick move stops I can smoothen it out with the boom range of the arm or a simple turn of the wrist or eve my breathing. Experiences mechanical stabilizer operators will know exactly what I mean.